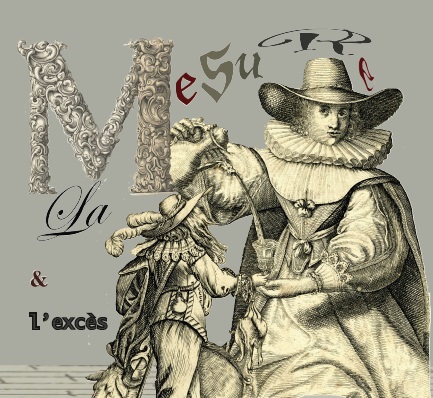 Measure and Excess in 17th and 18th-Century England and America

The idea of measure is inseparable from the idea of excess, since the one governs the other. Excess always exceeds a measure, that is to say a norm. According to Littre, excess is ‘that which goes beyond ordinary limits, the mean.’

However, these terms are of course highly unstable; what is measure for some represents excess for others. The dialectics of measure and excess seems to be at the heart of preoccupations in the 17c and 18c in England as well as in the new world, whether concerning theoretical or practical issues.
Explorers set out to claim the world and make their fortunes, but also to measure its dimensions. Apart from the multiplication of instruments of measurement (charts, globes, and other maritime devices) the unit of measurement itself became a matter of state; one recalls that the queen confirmed the measurement of the English foot in 1588, which was reaffirmed in 1758. This desire to discipline the prodigality of nature characterizes the work of taxonomist John Ray, who classified innumerable animal and plant species by measuring them.

In politics, measure is to be understood as that which prevents or contains unrest. Largely influenced by ancient philosophy, early modern English philosophers regard[ed] measure as the touchstone of civil harmony as well as of personal wisdom, as opposed to the excesses of civil war and immoral behaviour. For Francis Bacon, the lesson to be drawn from the fall of Icarus in The Wisdom of the Ancients is that ‘the path of virtue lies straight between excess on the one side, and defect on the other.’

The complex links which bond our ideas of measure and excess also inform theological debate, religious tension and sectarian persecution. To give one example, the Anglican faith, conceived by its founding fathers and lived out by its faithful as a middle way, finds itself rejected by the Puritans as excessively Catholic.

Whether in the arts or the humanities, measure and excess inform opposed aesthetic positions which only make sense through this very opposition. Cicero’s rhetoric, featuring a measured style, rebukes two kinds of excess: the overblown Asiatic style on the one hand, and Attic dryness on the other. In architecture and music, measure—in a literal sense, as it creates spatial and temporal structures—can also run into excess. In verse, measure (that is to say, metre) contains the excesses of feeling, thus rendering them more striking; as John Donne reminds us (‘For he tames grief, that fetters it in verse.’) In painting, the term mensura may well refer to accurate proportions, but this does not stop many celebrated painters from evading constraint by invoking another system of proportions, more tolerant of excess. Baroque excess could only have arisen as a counter-movement to classical measure. Likewise, the lucidity so valued by English neo-classical writers (one thinks of John Dryden, and Alexander Pope who wrote: ‘Between excess and famine lies a mean;/ Plain, but not sordid; though not splendid, clean’ [Horace II, Satire 2]) was at least partly a reaction to the elaborate style from before the civil war, perceived as excessively obscure.

Papers will address the numerous links between measure and excess in the 17c and 18c in Britain and America, in the various fields of politics, theology, literature, architecture, painting, and music; but also in manners, where luxury lives alongside austerity; and not forgetting sciences such as geography, physics and astronomy.
Proposals, plus a selective bibliography and bio-bibliographical CV, may be simultaneously submitted to: 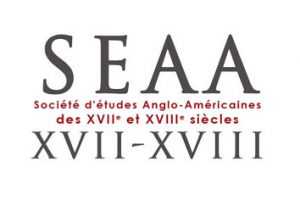